You’ll need per group of children:

The children hop in a time machines which takes the back 100 million years to the when the Dinosaurs roamed the planet.

Place a the Soccer balls in between two soccer nets pushed together, these are the eggs

Place the parachute on the ground, this is the time machine

Educator holds the tunnel so both ends are together.

Children hop under the parachute which is the time machine, when the educator pulls the parachute off the children they are have to feed the T Rez the dinosaurs eggs before it eats them. 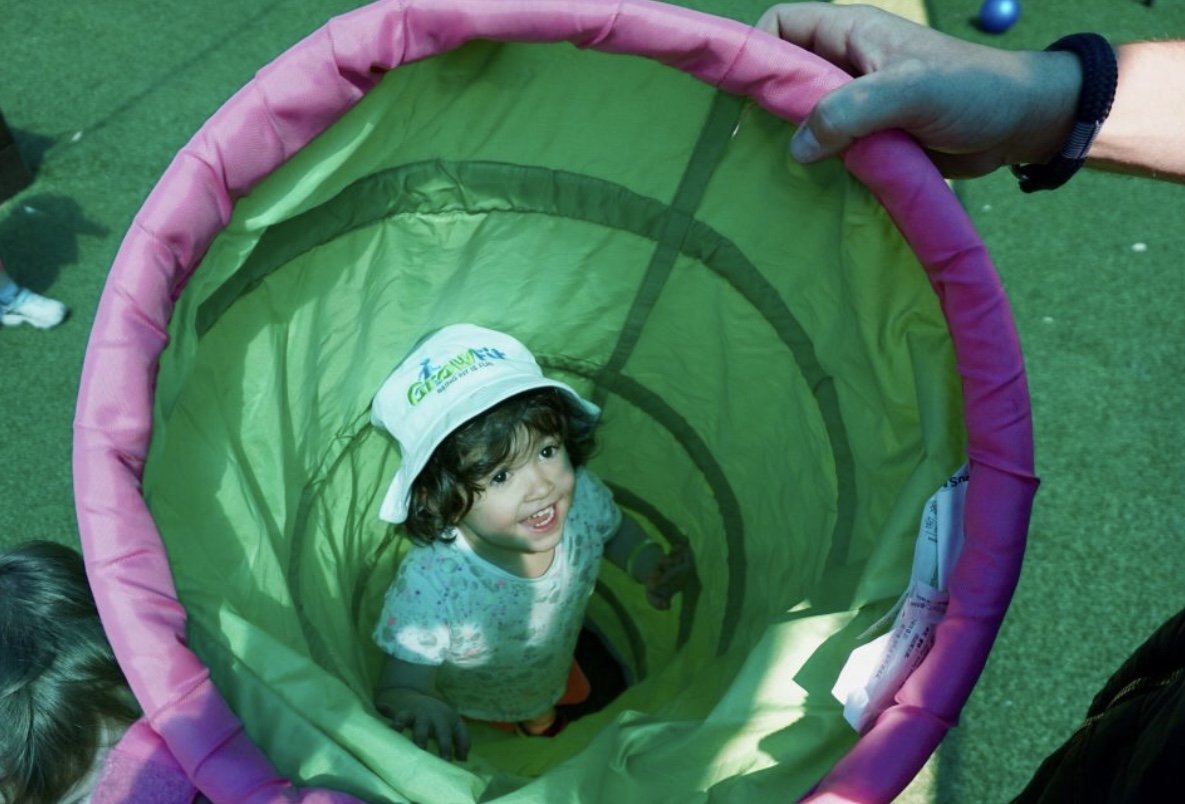 Enter your email address below and receive our Family Pack PDF for free! Filled with fantastic activities and healthy recipes.